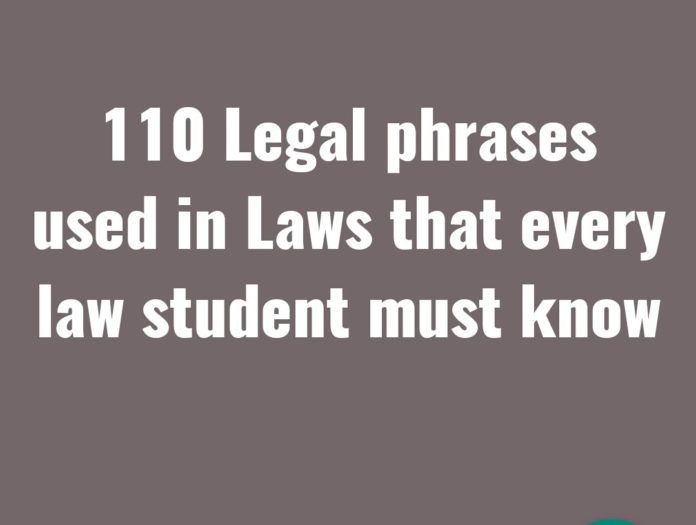 Handing you herewith my 110 Pearls / Legal phrases used profusely while in due process of Laws that which nobody will tell you but I believe, you should know.

96m rule njsi : a rule to show cause why a party should not do a certain act, or why the object of the rule should not be enforced.

Actively watching out for such terms, Please cross check & guide, if I have missed

Requirement of Pharmaceutical Company in Tamilnadu with Investment range of INR...