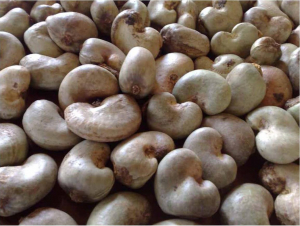 The government appealed to Indian companies to purchase Tanzania’s cashew nuts and help in setting up factories to process the crop locally.

The plea was issued in Dar es Salaam yesterday by the Deputy Permanent Secretary for Ministry of Industry and Trade Dr Edwin Muhede yesterday when he addressed participants during the India-East Africa Business Forum and Exhibition.
Dar es Salaam. The government yesterday asked Indian companies to purchase Tanzanian cashew nuts and help set up factories for processing the crop locally.

Industry and Trade deputy permanent secretary Edwin Muhede made the request when he addressed participants at the India-East Africa Business Forum and Exhibition in Dar es Salaam.

Dr Muhede, who opened the forum on behalf of Industry and Trade minister Joseph Kakunda, said the government has not been able to process all the cashew nuts bought from farmers due to lack of adequate capacity.

“Let me take this opportunity to invite you to actively interact with the government to assist you in the smooth purchase of the cashew nuts,” he said.

The government last year opted to buy all cashew nut harvests amounting to over 220,000 tonnes from farmers in the country’s southern regions after private buyers failed to increase prices offered to growers as directed by President John Magufuli.

Dr Magufuli said farmers should be offered a maximum of Sh3,300 for every kilogramme of cashew nuts.

On January 31,the government signed an agreement worth Sh418 billion with Kenya-based Indo Power Solutions Limited for the purchase of 100,000 tonnes. It is still not clear how many tonnes have been bought so far.

Dr Muhede further encouraged potential Indian investors who wish to establish and develop businesses in Tanzania to do so, and assured them of the government’s commitment to maintaining a balanced business environment with predictable economic policies.

“India is one of our main trading partners, and the government of India has greatly contributed to the development programmes in various sectors of our economy,” he said.

The Tanzania Investment Centre said in 2017 that India was the fourth largest source of investment in Tanzania by cumulative value.

However, Tanzania has yet to fully benefit from its longstanding economic relationship with India following the revelation that, despite the growth of exports, bilateral trade between the two countries has been in favour of India with a trade imbalance of $100 million in 2018.

India was among Tanzania’s top bilateral trading partners in 2017, both in terms of exports to the Asian country ($983 million) and imports ($1.17 billion), according to the World Bank.

“I urge Indian investors to come and invest in Tanzania and where possible to enter into joint ventures where Tanzanians can own shares in long-term investments,” he said.