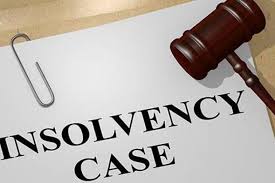 In its affidavit submitted on October 10, the MCA said once a resolution plan is approved by the NCLT, it is binding on all stakeholders.

The Ministry of Corporate Affairs (MCA) is of the view that once the corporate insolvency resolution process (CIRP) is completed against an insolvent firm, there cannot be any attachment or confiscation of its assets by enforcement agencies.

Replying to a notice issued to it by the National Company Law Appellate Tribunal (NCLAT), which is hearing an application moved by JSW Steel seeking immunity from attachment of any asset of Bhushan Power and Steel (BPSL) post takeover, the MCA said the provision of the Insolvency and Bankruptcy Code (Amendment) Act, 2019 makes it amply clear that a resolution plan is binding on the central government and all statutory authorities.

JSW Steel’s `19,700-crore bid for BPSL was approved by the National Company Law Tribunal (NCLT) on September 5. While approving the bid, the NCLT did not grant JSW Steel protection from attachment of assets on account of acts of omission or commission of the previous directors under the Prevention of Money Laundering Act (PMLA).

JSW Steel had on September 13 filed an application with the NCLAT seeking protection of insolvent firm’s assets after takeover. On this, the NCLAT issued notices to various stakeholders including the committee of creditors and the MCA.

Meanwhile, the Enforcement Directorate (ED) on October 12 said it has attached assets worth over `4,000 crore of BPSL in connection with a money-laundering probe. In the affidavit, the MCA said while conducting investigation under the PMLA, the ED is free to attach personal assets of the erstwhile promoters and other accused persons, acquired through crime proceeds, and not assets of the corporate debtor which have been financed by creditors and acquired by a bona fide third party resolution applicant through the statutory process supervised and approved by the adjudicating authority under the Insolvency and Bankruptcy Code (IBC).

“Otherwise too, the money realised by way of resolution plan is invariably recovered by the banks and public financial institutions and other creditors who have lent money to the erstwhile promoters to recover their dues which they have lent to the erstwhile management for creation of moveable or immoveable assets of the corporate debtor in question, and therefore, to attach such an asset in the hands of the new promoters or resolution applicant would only negate the very purpose of IBC and eventually destroy the value of the assets,” it said.

Upon acquisition under CIRP by a resolution applicant, the corporate debtor and its assets are not derived or obtained through proceeds of crime under the PMLA and need not be subject to attachment by the ED after approval of resolution plan by the adjudicating authorities.

NO ‘SECURED CREDITOR’ STATUS TO FINANCIER IF HYPOTHECATION CHARGE NOT REGISTERED