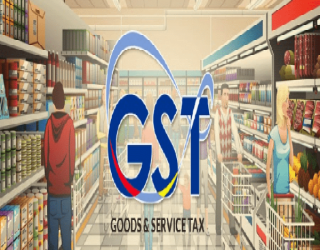 Directors, Promoters To GetMessages For Mismatch

An independent director ofa large public sector company recently received a message that there was a mismatch in GST return filed by the state-run metals player.The board member immediately contacted the company management, which rectified the mistake.

The PSU director was not alone, several directors on the boards of companies and promoters have been receiving such messages if there is a mismatch between the initial and revised returns. This is only one of the five “red flags” being used by the government and the GST Network, which provides the IT backbone for the indirect tax, to coax companies into fixing problems or even filing returns in case they have not done so within the prescribed deadline.

Sources said such text messages are sent to promoters and directors of companies that pay over Rs1 lakh a month. “Often, the finance people don’t comply with the filing requirement but they immediately file once it is brought to the notice of the management,” said an official, adding that it is not worthwhile chasing small amounts.

The first “red flag” goes up if returns are not filed by the deadline, which is the 20th of every month,and a reminder is sent.A second reminder is sent if the company fails to file the returns by the 27th. There are alerts which are also sent to non-filers or stop filers, which are entities that do not file returns for two months, sources told TOI.

The GST authorities also raise an alarm in case the input tax credit (ITC) does not match with the claims made in GSTR 2A return form and GSTR 3B filing.And, those who issue an e-way bill but do not use it are also being tracked. “All this is possible because of the database available with us.There is no intrusion and an inspector does not landup if the returns do not match,” said an official.

Going forward, GSTN is working on putting together a dashboard which will point to gaps, including asudden jump in ITC claimsand other such gaps. All the tools will be available to officials concerned, just at the click of a mouse.