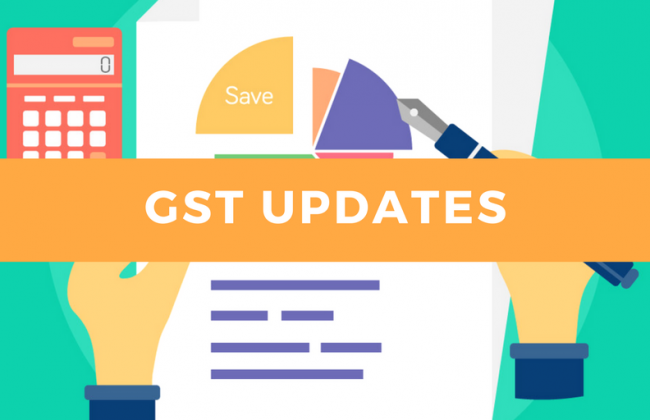 ☘ A new window has been enabled for claiming TDS/TCS credits. The taxpayer has the option of accepting or rejecting the TDS/TCS credits available and filing their return, after which the credits get transferred to the cash ledger and can be used for making GST payments.

🌴 E-way bill data can be imported for GSTR-1.

☘ The E-way bill (EWB) and the GST portal has now been integrated. The same gets automatically imported for the B2B and B2C (large) invoices sections as well as the HSN-wise-summary of outward supplies section. Users only need to verify the data and proceed.

☘ This has definitely saved both time and effort for a business person, as it avoids unnecessary data-entry. However, many businesses were performing this sort of reconciliation themselves using smart tools to ensure accuracy of data.

☘ A taxpayer can choose from a list of 6 preferred banks that will be auto-saved at the time of making payments. If he makes payment through a 7th bank account, the same will get added, and the least used bank account will get removed. He has the option to delete the bank accounts at any point in time.

☘ With this feature in place, the taxpayer need not enter bank details every time, as he can simply select a bank with the click of a button and proceed to make payment.

🌴 Refund applications can be filed monthly for quarterly filers.

☘ There is good news for taxpayers opting to make payments on a quarterly basis. They now do not have to wait for the quarterly filing of refund applications, as the same can be done monthly. However, a prerequisite for the same would be to ensure that GSTR-1 for the quarter has been filed.

☘ This will definitely help mobilise the working capital flows of a business as there is no longer a need to wait till the end of a quarter to apply for a refund.

🌴 Appeals can be filed online and system-generated acknowledgements will be issued.

☘ In the event of an appellate authority failing to issue a final acknowledgement within the stipulated time, then a system generated final acknowledgement will be issued with the remark “subject to validation of certified copies”. This has simplified the process of filing appeals and also helps tracking the status of the same.

🌴 Composition taxpayers can reply to SCN online for compulsory withdrawal.

🌴 Bank account details not mandatory at the time of registration.

☘ Hence, a GST registration number can be obtained without the same. New businesses who are in the process of obtaining bank accounts can simultaneously proceed with GST registration, thus saving time.

☘ Users can now amend B2B invoices of FY 2017-18. The facility to amend the GSTR-1 details of FY 17-18 was closed on filing the September 2018 return. The same has been made available while filing returns for the months of January to March 2019. Input tax credit of FY 2017-18 that was omitted and hence unclaimed up till September 2018 can be claimed now up to March 2019 as well. This was a much-needed remedy for taxpayers who made errors reporting any invoice in the past, or previously missed out claiming genuine credit.

☘ While there are updates being rolled out from time-to-time, users are still hoping to see a smooth system that is completely online and indefectible. In the future, users can look forward to more new updates that would familiarise taxpayers with the new return system that is likely to be introduced by July 2019.