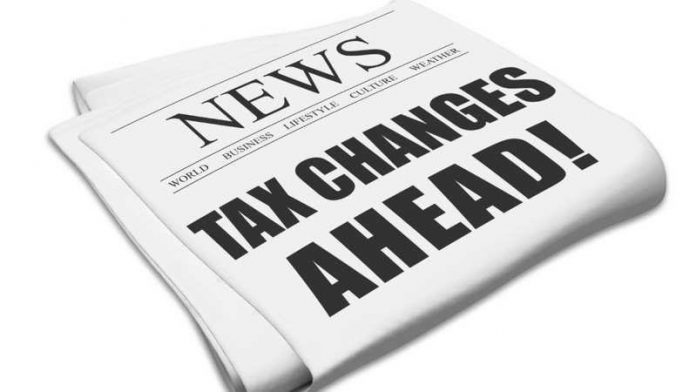 Here are 5 changes in income tax rules that come into effect from September 1:

1) The government has introduced a new Section called 194N in income tax laws under which cash withdrawals exceeding ₹1 crore in aggregate in a year from banks, post offices or co-operative society engaged in carrying on the business of banking will attract a TDS @2. Payments made on or after September 1 will attract the provisions of Section 194N.

The income tax department has clarified that cash withdrawal prior to 1 September, 2019, will not be subjected to TDS under Section 194N. However, since threshold of ₹1 crore is with respect to the previous year, the calculation of amount of cash withdrawal for triggering deduction under section 194N will be counted from 1 April, 2019.

3) The government has introduced a new Section called 194M in income tax laws under which individual is required to deduct TDS @5% for paying a sum in excess of ₹50 lakh for carrying out any work in pursuance of a contract or by way of fees for professional services during a financial year. Payments made on or after September 1 will attract the provisions of Section 194M.

4) A higher TDS of 5%, from 1% earlier, will be levied if life insurance maturity proceeds received that are taxable in your hands. According to current tax laws, if the annual premium paid on the insurance policy is less than 10% of the sum assured the amount received on maturity are exempt from tax. (For insurance policies purchased before April 2012, the premium must be less than 20% of the sum assured to get the tax benefit on maturity).

It is to be noted that TDS is levied if the maturity proceeds exceeds ₹1 lakh.

5) In Budget 2019, Finance Minister Nirmala Sitharaman had proposed to allow interchangeability between Permanent Account Number (PAN) and Aadhaar with effect from 1 September 2019.

Those who don’t have PAN can quote Aadhaar in transactions that otherwise require quoting of PAN like cash deposit above ₹50,000.