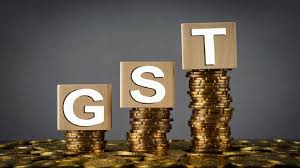 GST Network (GSTN) will release improved version of GST return filing interface on 22 October with an aim to further simplify the process.

GST Network provides IT infrastructure and services to central and state governments, taxpayers and other stakeholders for implementation of the GST.

Goods and Services Tax (GST) has reduced complexity in indirect taxation as its implementation has lowered the number of forms to be filed by businesses to just 12, from 495 under as many as 17 central and state laws in the pre-GST era. The indirect tax administration now shares data with the income tax department, a move that has helped in unearthing instances of tax evasion.

Income tax department confirms the range of turnover, not the exact data of tax payer, which has helped in detecting mismatches. At present, there are 12.3 million registered GST tax payers.

GST has reduced the average tax incidence as well as prices, and was an important determinant in ensuring that inflation remained under control.

Prior to GST, about 14% of the total cost of goods accounted for logistics (in India), a large cost and friction in doing business, while it was 10-11% for Brazil, Russia, India, China and South Africa (BRICS nations) and 9-10% for developed countries. Now, logistics cost in India is about 10-12% of the value of goods.