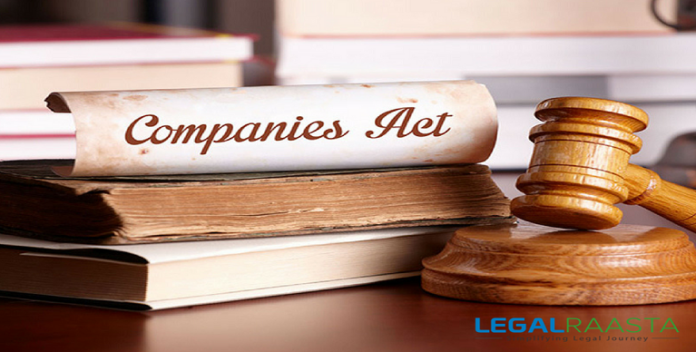 The issue under consideration is whether the ROC is correct and empowered to deactivate the Director Identification Number (DIN) of the director due to his disqualification in one company?

High Court states that, Rules 9 and 10 deals with the application for allotment of DIN. Rule 10 (6) specifies that the DIN is valid for the life time of the applicant and shall not be allotted to any other person. Rule 11 provides for the cancellation or surrender or deactivation of the DIN. It is very clear upon examining Rule 11 that neither cancellation nor deactivation is provided for upon disqualification under Section 164(2) of CA 2013. In this connection, it is also pertinent to refer to Section 167(1) of CA 2013 which provides for vacating the office of director by a director of a Defaulting Company. As a corollary, it follows that if a person is a director of five companies, which may be referred to as companies A to E, if the default is committed by company A by not filing financial statements or annual returns, the said director of company A would incur disqualification and would vacate office as director of companies B to E. However, the said person would not vacate office as director of company A. If such person does not vacate office and continues to be a director of company A, it is necessary that such person continues to retain the DIN. In this connection, it is also pertinent to point out that it is not possible to file either the financial statements or the annual returns without a DIN. Consequently, the director of Defaulting Company A, in the above example, would be required to retain the DIN so as to make good the deficiency by filing the respective documents. Thus, apart from the fact that the AQD Rules do not empower the ROC to deactivate the DIN, HC find that such deactivation would also be contrary to Section 164(2) read with 167(1) of CA 2013 inasmuch as the person concerned would continue to be a director of the Defaulting Company. In the result, these appeals are allowed by setting aside the impugned order. Consequently, the publication of the list of disqualified directors by the ROC and the deactivation of the DIN of the Appellants is hereby quashed.

Home Loans and Loans against Property

🍉 CBDT issues functionality to verify whether the Vendors have filed tax return for compliance of Section 206AB and Section 206CCA.