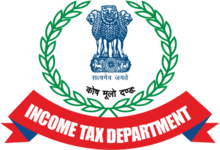 Based on Data from a Chartered Accountants’ Company Secretaries and other professional bodies and groups.

FM said during her budget speech that we are largely a tax ‘non- compliant’ society and presented that only 3.7 Crores are filing ITRs in this poor country of 125 Crore population.

The reply by CAs , CSs, CMAs is given below:-

Madam,
We have 82 Crore Voters out of which, 75% are Agriculturists/Farmers i.e. 61.5 Crores (You exempted them straightaway, but they can also buy cars , bungalows etc. as you quoted.. Your political colleagues, who called themselves agriculturist/farmers, are also enjoying this exemption)

Less: Non-working wives, unemployed youths, below-taxable income earners, political class (say 75%), in a typical indian family only 1 earning member and 5 or 6 are dependent on him.

So almost no gap as FM is stressing unnecessarily without knowing well her country.

If FM wants more people to come into tax net, then, instead of foolishly resorting to rampant raids, surveys, notices, scrutiny, demonetisations etc., viewed as tax evasion /terrorism and should defy her negative bureaucrats.

As on today, 3.3% of Indian population is filing ITRs as compared to 8% of China.

Adding big Agriculturists / Farmers to Income Tax may shoot the figure to more than 10%. It may help you to cool your tax evasion/terrorism mindset and a tax compliant nation.