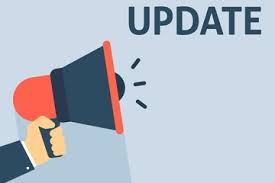 On 08th September 2020 the Ministry of Corporate Affairs issued a new Notification regarding the Extension of Annual General Meeting for the year ended on 31st March, 2020

In this notification the due date for annual general meeting for the Financial Year ended 31.03.2020 has been extended by 3 Months for all companies and There is no need of separate application in form GNL-1 for extension.

But as per the section 96 of companies act 2013 it states that every company, other than a One Person Company, shall in each year hold in addition to any other meetings, a general meeting as its annual general meeting (AGM) and shall specify the meeting as such in the notices calling it, and not more than fifteen months shall elapse between the date of one AGM of a company and that of the next

Now although the Ministry of Corporate affairs has granted extension of 3 months for holding annual general meeting but as per the section 96(1) not more than fifteen months shall elapse between the date of one AGM of a company and that of the next therefore this extension does not allow all the companies to hold their AGM till 31st December 2020, each company has to check its due date on the basis of the date of last AGM so that the provision of maximum 15 months gap between two AGM is complied.

Illustration to calculate the due date for AGM