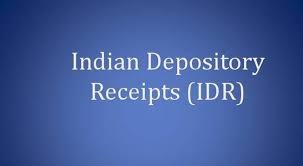 The Securities and Exchange Board of India (Sebi) has put in place a framework for domestic companies to raise capital by issue of so-called depository receipts (DRs). The move, which follows a budget announcement in this regard, will allow listed Indian companies to issue either equity, or debt, to investors on the overseas stock exchanges such as NYSE, Nasdaq and Hong Kong Stock Exchange.

Experts have welcomed the move by Sebi to issue a framework on DRs.
“Sebi’s discomfort has been DRs which were being issued with Indian shares, but the process was largely not overseen by any dometic regulator. Now, Sebi has put in place a clear-cut framework. It is a welcome move as it allows another source of raising capital by Indian companies. However, it may increase the paperwork,” said Sudhir Bassi, executive director at law firm Khaitan & Co.
Contrary to expectations, Sebi has not allowed unlisted companies to issue DRs. However, Sebi has said companies can do a simultaneous issuance, provided the allotment and listing in the domestic market takes places first. Sebi has said DR issuances can take place only on the recognised global exchanges. The move is aimed at excluding smaller platforms, which in the past have been prone to manipulation.

The market regulator has also barred domestic residents as, well as, non-resident Indian (NRIs) from investing in the DRs issued by an Indian company. Also, the equity issued under the DR programme will not be considered as public shareholding for the purpose of computing the 25 per cent minimum public float mandatory for listed companies.

The pricing of the DR issued in the overseas markets cannot be less than the price in the domestic markets. Sebi has also said DRs will be included for calculating the foreign shareholding in the company and will have to adhere to the caps imposed.

Sebi has asked companies to file the offer document for DR issuances with Sebi, which the regulator will approve in about 7 working days.